A video installation and related works created by Anna Gruda, Tony Massett and Geoffrey Shea with an original soundtrack by Mark Mariash.

The life-sized image of a freight train dominates the gallery space. Two screens, 10 feet high are six feet apart (roughly the dimensions of a boxcar) stretch almost from one end of the gallery to the other. They are positioned exactly where the tracks once lay on this former railway property.

The gallery’s front door faces the wooden trestle bridge across the street that clearly implies the direction of the now abandoned tracks and the rail traffic that used to stream back and forth into town and beyond. First Train, Last Train presents a collective, community memory of the train that used to run through Durham until the 1970s.

This installation recreates the scale of these noisy machines, and provokes a remembering, infused with imagination. An uninterrupted stream of goods, passengers, cattle, produce, industry, agriculture and employment reflect the narratives of life’s cycles. We are inviting the viewer to create their own geo-specific mental image of a moment 50 years ago, when the last train would have barreled down the track precisely in this location.

The sound that fills the space was created by our percussionist friend Mark Mariash. He used industrial materials to complement the instruments in his studio to create an extremely visceral experience.

We look back at the “first” film ever shown, also about a train: L’arrivée d’un train à La Ciotat (1895) by the Lumiere brothers. Anna wrote a text that creates reflections, both in its form and in the parallels between the two filmmaking experiences.

The exhibition also includes recorded interviews with local residents about their recollections of the trains. 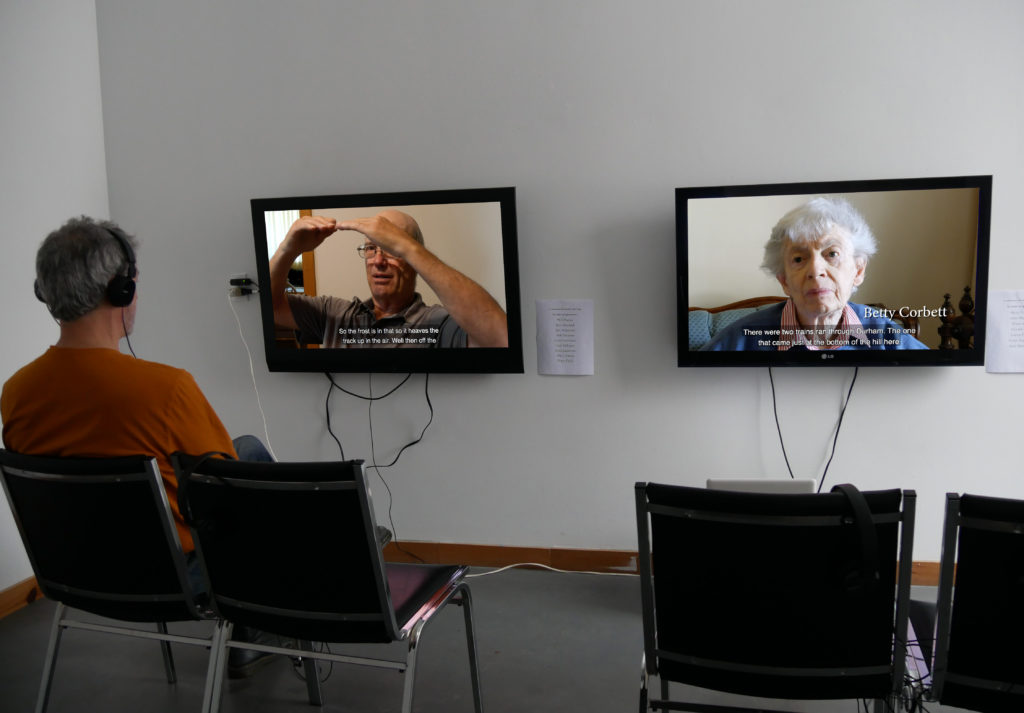 Thanks to the friendly folks who agreed to be interviewed. Click to view each interview: