The first in a series of parade-themed performances, this public spectacle allowed us to explore aspects of public and private expression in a small-town setting. We formed a 12-piece brass band and commissioned new music to be performed in a local Christmas parade. (The Holstein Parade is famous for being completely non-motorized.) We created rolling floats with sculpted creature/passengers to be pulled by each musician. The entire performance was live streamed and projected into the Durham Art Gallery where a performer sang and spoke and interacted with the parade. 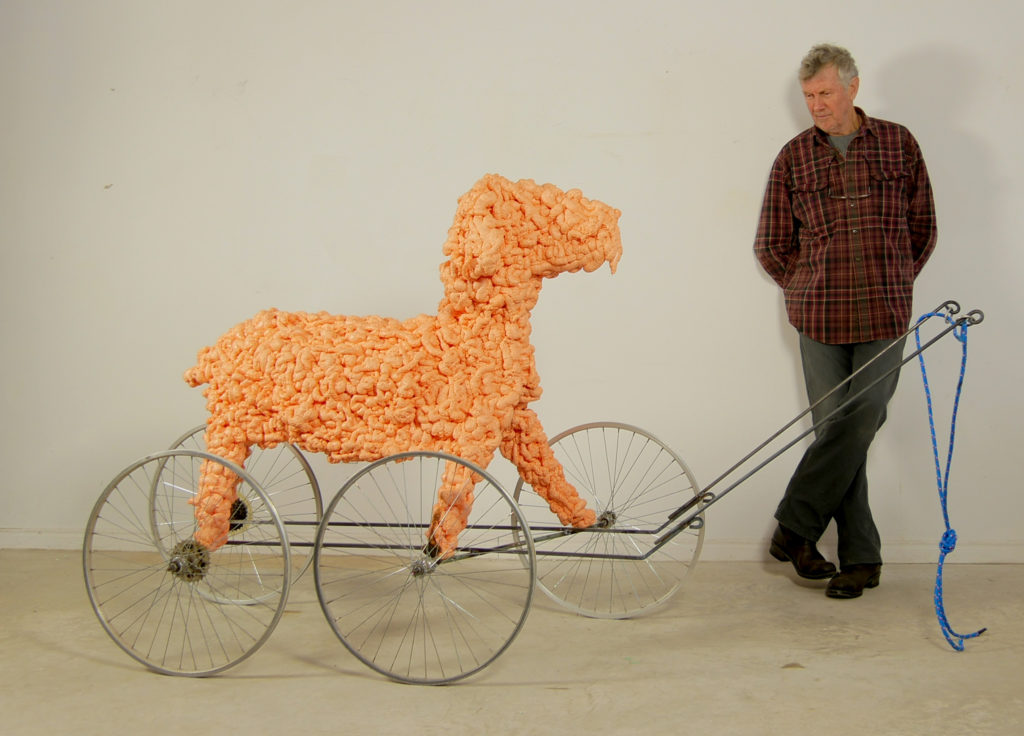 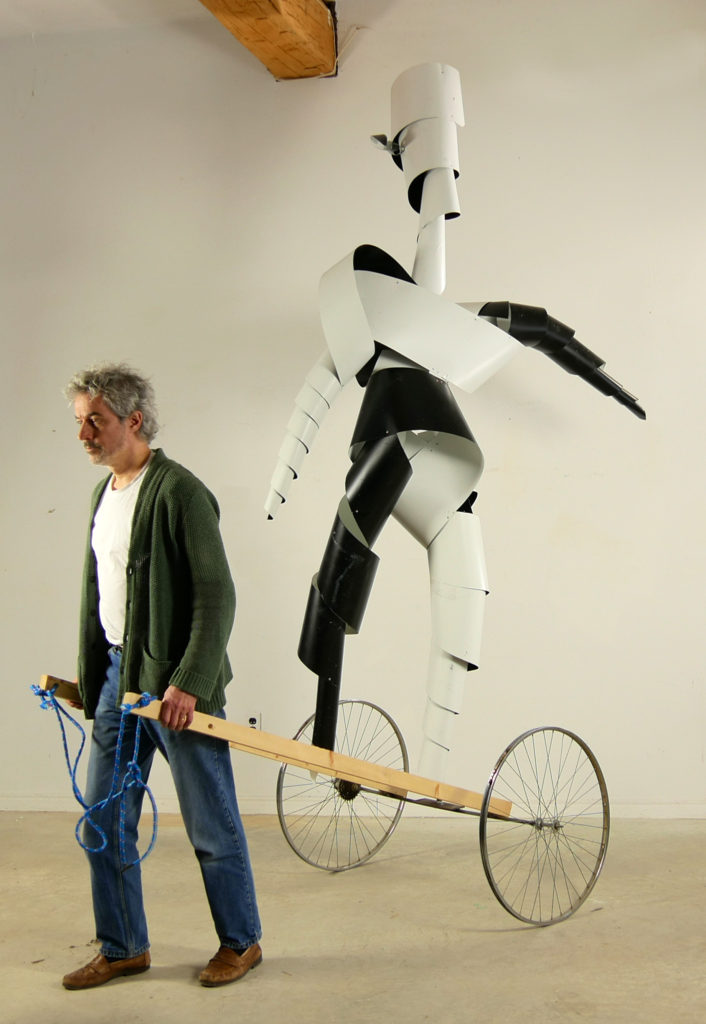 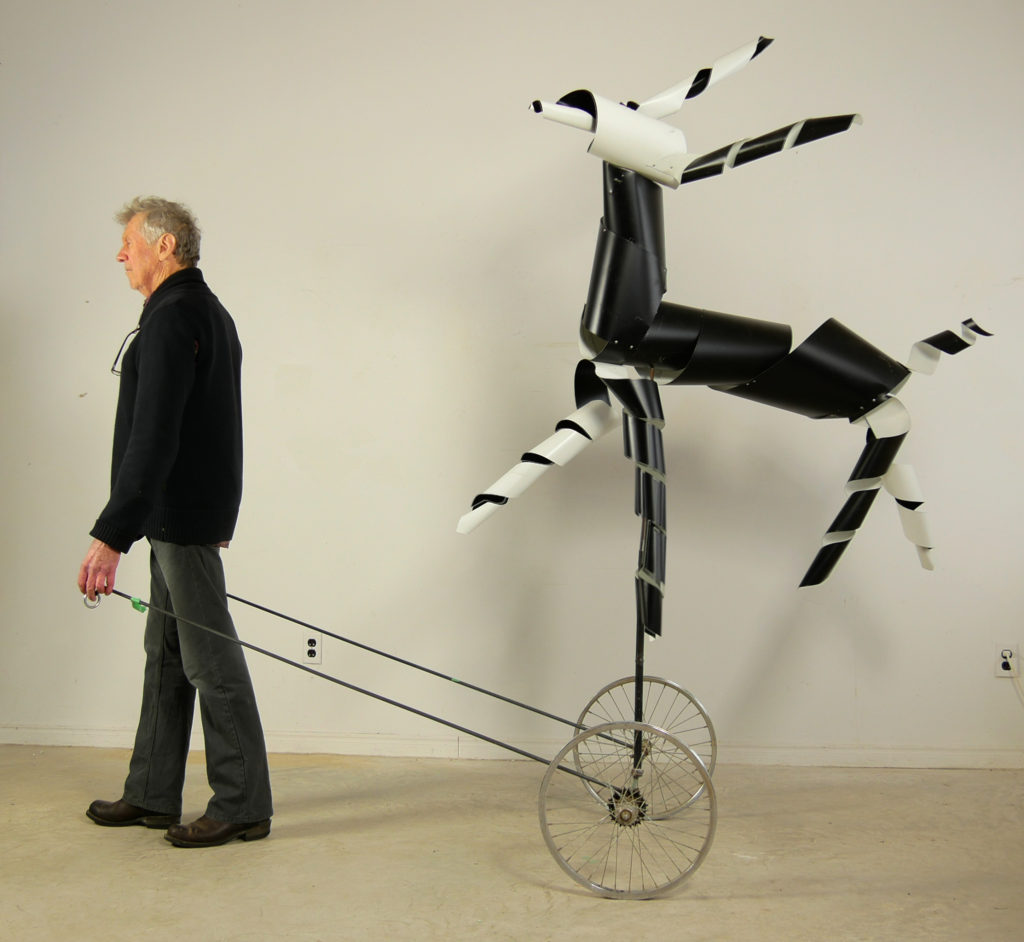 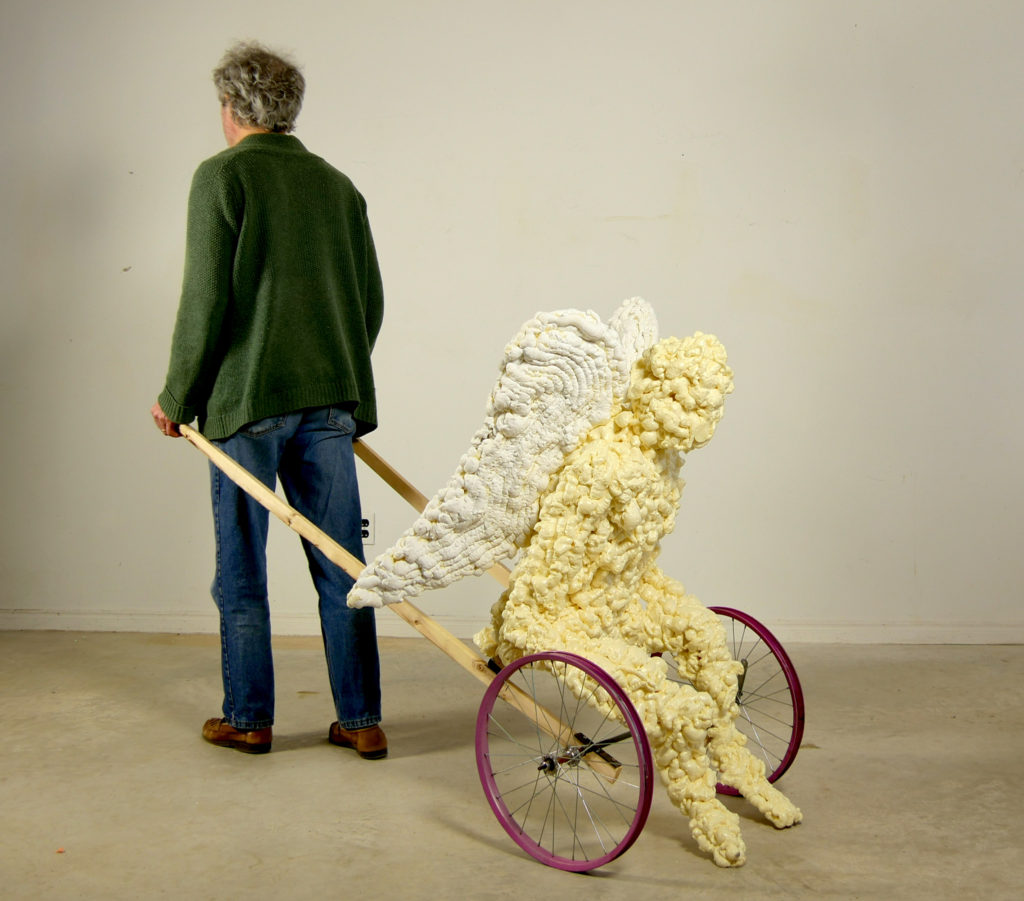